Bramidan balers are uniquely designed to handle plastic film and shrink wrap. Turn your waste into cash by baling it in a X or B series model. 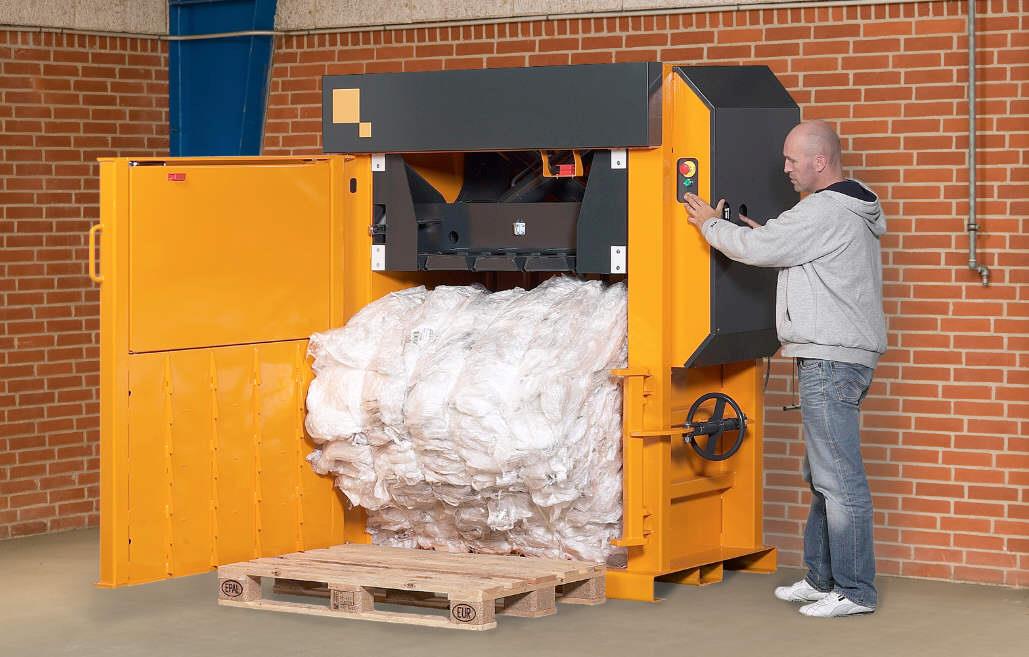 Known by many names; stretch wrap, cellophane, Saran Wrap™, plastic film and shrink wrap, this plastic binder finds its way into many trash bins and landfills, but it does not have to. In fact, the amount of plastic film and wrap produced annually could shrink-wrap the state of Texas. But as the saying goes, there is no “away” in the terms “thrown away”.

Turn Waste Into Cash
Fortunately Bramidan has a way to recapture that ubiquitous film and turn it into cash. According to a new study by the Cleveland-based research firm The Freedonia Group. The firm forecasts stretch film demand in the United States will grow by 3.8 percent annually through 2021, becoming a $2.7 billion market by that year.

Perfect Design for Film
Bramidan’s X models are uniquely suited to handle film recycling due to the integrated door on the X25 and X30 models and the high press force on the smaller X10. However, with moderate use, the B series can also be used. Logistics companies often use both shrink wrap and cardboard in a B6030 for instance, making bales throughout the day and saving film for an end of shift bale or second shift task.

PRO TIP: Remove stickers, paper, or tape from shrink wrap film before recycling it. Only a certain amount of “contamination’ is allowed.